I recently stumbled onto a new project by the incredible Martin Rauch. A man who likes pushing the artistic boundaries for modern rammed earth.  Matrin has started pre-casting rammed earth panels in a factory for construction of the facade of the Ricola Herb Centre in Switzerland.  Whilst not the first time this has been done, it is the first of this scale to my knowledge. It appears that there will be a clay render finish coat to cover the joins, which is quite traditional in many parts of the world and offers a great weather coat.

The pre-casting has a potential for enabling low cost, low embodied energy, high thermal mass products, especially on sites with access problems, or projects that require one or two high mass walls. It would be interesting to see the costings on doing such a project. I do wonder if trading local employment for trucks and machinery is the ethical thing to do but I am sure there are situations where it will work well. It works for fired bricks. Food for thought. More info can be found here. 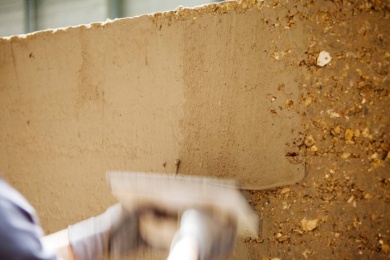 Here is a video on the structural properties:

The Chinese term Tulou (tu – earth  lou – dwelling) refers to a style of building that in 2008 the UNESCO registered as World Heritage Site,  There were up to 20,000 tulou built. Set amongst rice, tea and tobacco fields the Tulou are earthen houses. Several storeys high, they are built along an inward-looking, circular or square floor plan as housing for up to 800 people each.

They were built for defence purposes around a central open courtyard with only one entrance and windows to the outside only above the first floor. Housing a whole clan, the houses functioned as village units and were known as “a little kingdom for the family” or “bustling small city.” They feature tall fortified mud walls capped by tiled roofs with wide over-hanging eaves. The most elaborate structures date back to the 17th and 18th centuries.

The buildings were divided vertically between families with each disposing of two or three rooms on each floor. In contrast with their plain exterior, the inside of the tulou were built for comfort and were often highly decorated. They are inscribed as exceptional examples of a building tradition and function exemplifying a particular type of communal living and defensive organization, and, in terms of their harmonious relationship with their environment, an outstanding example of human settlement. 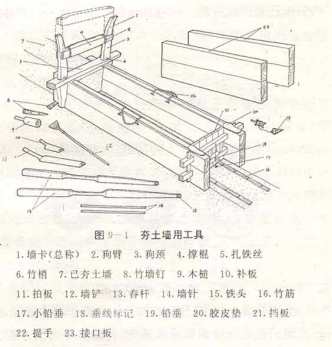 This is our latest effort in the Blue Mountains town of Wentworth Falls, near Sydney, Australia, for renowned architect Peter Stutchbury. 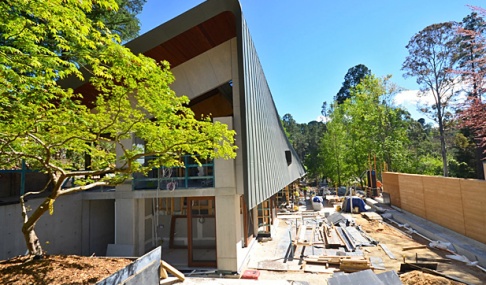 This garden feature wall is 53 meters long and 600 mm thick. There will be a water feature flowing in front of it, kind of mimicking the nearby Wentworth Falls. It also provides a nice contrast to beautifully constructed but expansive concrete walls. Being a thermally efficient obsessed practitioner, I feel it is misplaced thermal mass, but the sheer scale and beauty is overwhelming.

It has been a privilege to work on this project  and all involved. Looking forward to seeing the finished project.