It is worth noting when rammed earth gets mentioned in major newspapers, as just happened in the Australian Financial Review. And it well deserved recognition for Luigi Roselli‘s great wall of WA (constructed by Murchison Rammed Earth) described as “one of the most compelling residential projects of our times – a series of humble bungalows that has taken the world by dust storm.”

It was great to see the thermal approach to the climatic challenges of WA win so much recognition, with the Arch Daily, an architectural journal award Luigi Roselli the 2016 Building of the Year. The online poll of 55,000 users of the site – “pegs Rosselli alongside the likes of Pritzker Prize laureates Renzo Piano and Herzog & de Meuron.” 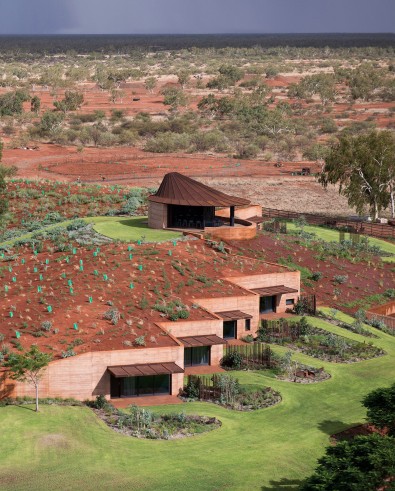 The article goes on to reference the walls we recently completed…”in fact, rammed earth is turning up in some elegant city builds. Anyone who dined at the Sydney pop-up of Noma of Copenhagen early this year will have eaten within rammed-earth walls designed by the Melbourne studio Foolscap.” 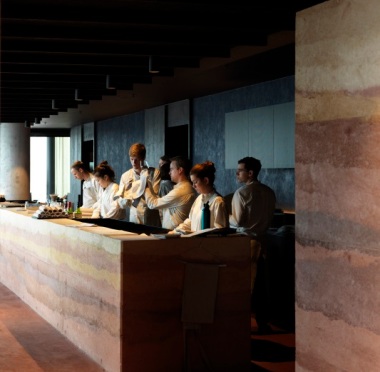 “Compacted from soil sourced in NSW, the rammed-earth walls of the $450-a-head eatery were intended to give the Noma dining room “a sense of solidity, of permanence”, says Foolscap principal Adele Winteridge. The walls also efficiently evoked the terroir that Danish chef Rene Redzepi famously scours for native ingredients.”

The Financial Review notes “as one of the world’s most sustainable building techniques, it speaks eloquently to the zeitgeist.”